Smoke and custom at the turn of the year 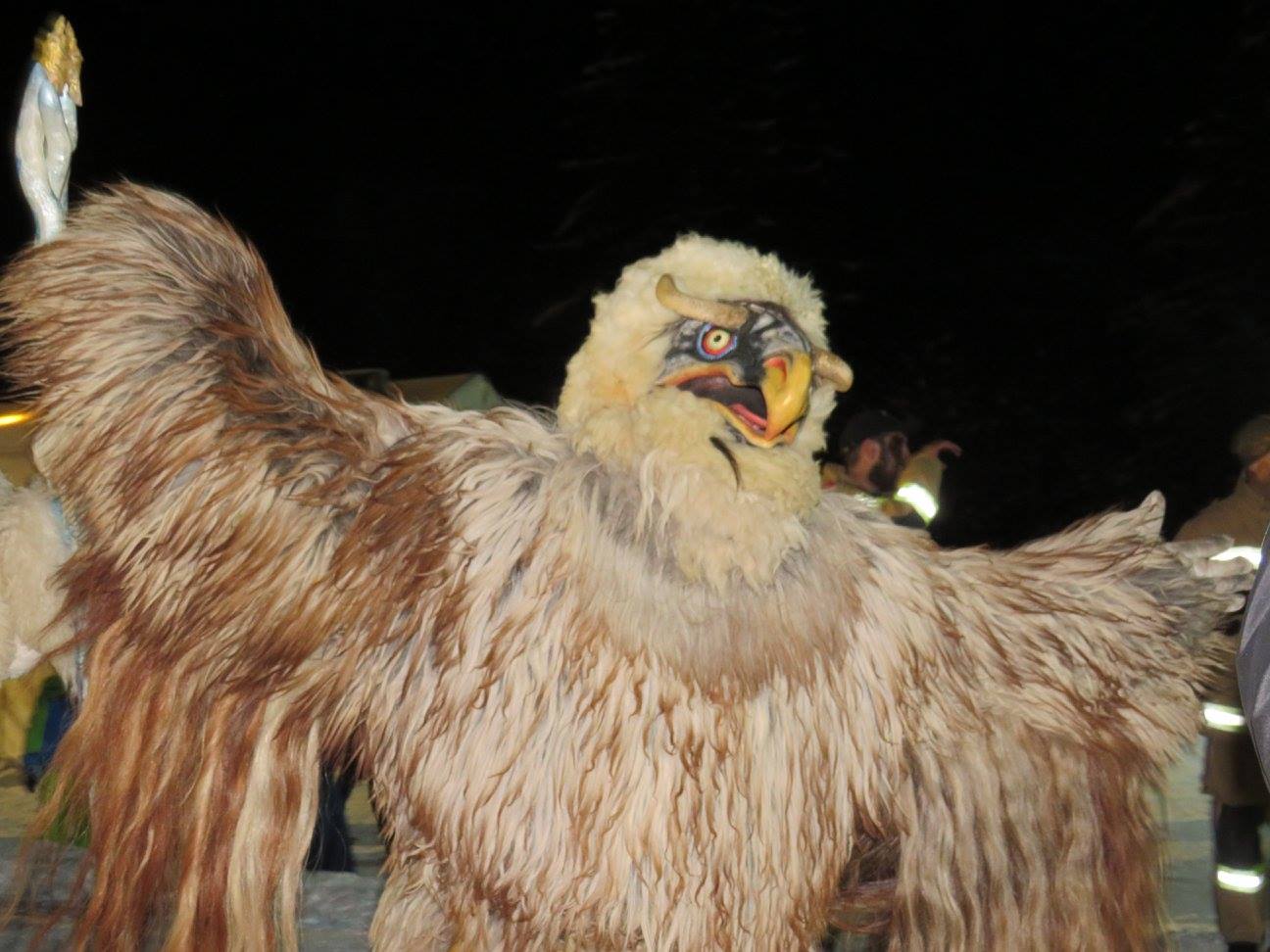 The christmas carols were sung under the Christmas tree, the traditional Mettenwurst soup was eaten. But there are many other customs in Tennengau and in the entire Salzburg region that are becoming more and more important around Christmas and New Year’s Eve and are extremely popular with young and old.

The coal is taken out of the fire, followed by incense and various herbs. With holy water, censer and prayer, the whole family now moves through the house and stable. In our case at home through the house and garage. Every room is smoked and sprinkled with holy water, as is every car and the buildings themselves. According to old folk belief, the herbs are used to show the old year the way out and good luck for the new year are greeted with blessings. 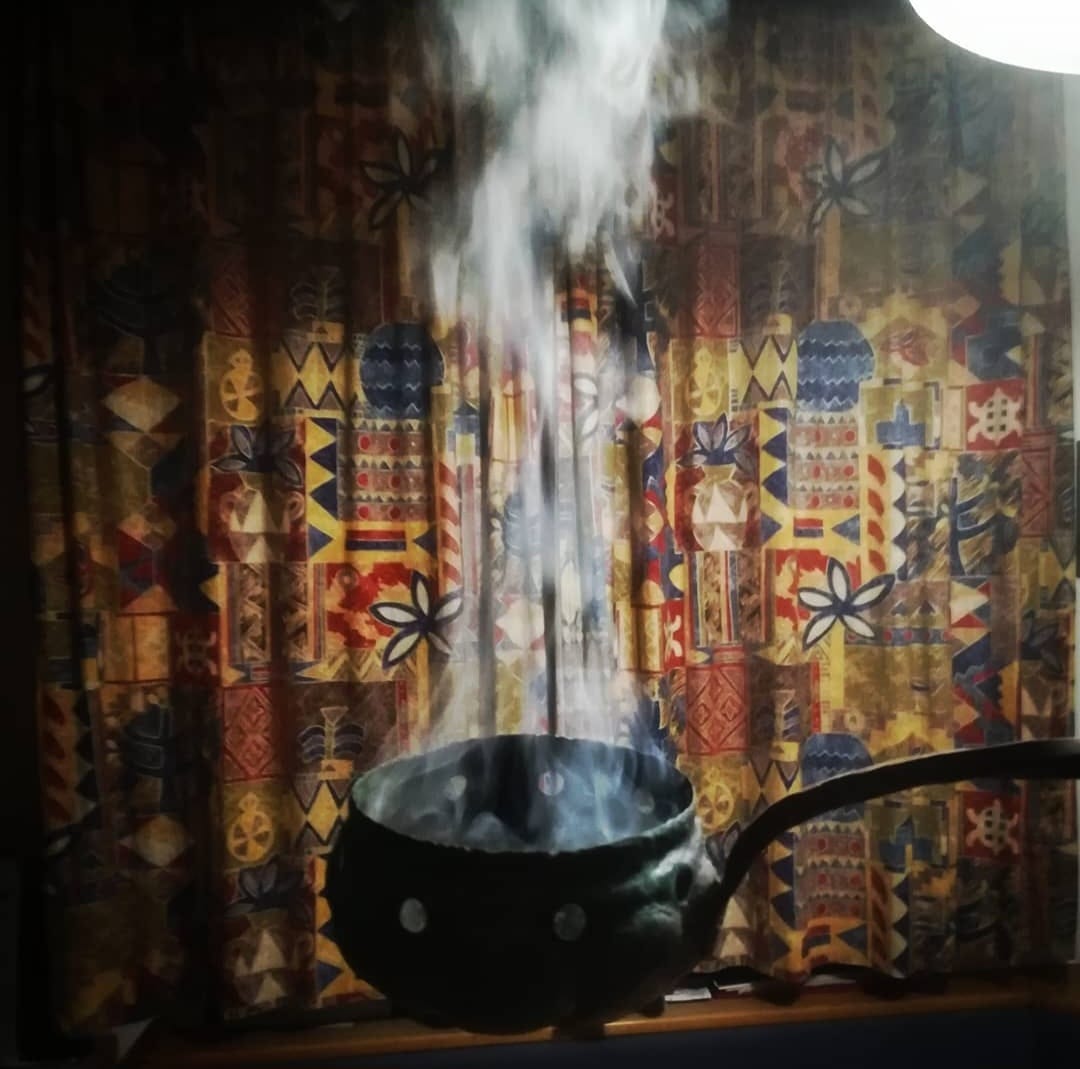 How old is the custom? Very old. The time of smoking between the holidays goes back to the Celts, who have settled in Tennengau since ancient times. While the lunar year has only 354 days, the solar year has 365. The missing 11 days or twelve nights were inserted by the Celts as „dead“ days outside of time, thereby compensating for the time difference. In folklore, it is often assumed from such days that the laws of nature have been abolished and the borders to other worlds have fallen. By smoking, the Celts tried to protect themselves from dangers from the „other world“. And protection is always needed, even today. In the Salzburger Land, smoking is usually done on four nights: from December 20th to 21st (St. Thomas Night – the longest night and shortest day), on Christmas Eve, on New Year’s Eve and from January 5th to 6th.

Out with the old, in with the new

A tradition that is just as old deals with the wild figures that are up to mischief in these twelve nights „between the times“. If at the end of November / beginning of December it was Krampus that taught us to fear, then Percht is on its way.

What’s the difference? This is not so easy and can be seen at first glance. The Krampus as a companion to the good Santa Claus reminds us that bad deeds take revenge, so he has his rod with him. The Krampus wears only a pair of horns on his mask, which is mostly human and distorted in pain. Traditionally, he wears a goatskin and several small bells on his belt.

The Percht, on the other hand, is modeled on nature, and the masks are diverse. Some are reminiscent of the Krampus, but they have more and often different horns. They also usually have horsehair rods with them. But they don’t hit them with that, they only stroke people, things and buildings and thus promise luck and blessings for the near future. They also carry bells, with which they are supposed to symbolically bring nature back to life. In the past, this was much more important than it is today, as people depended on everything to feed them growing again after the snow had melted. 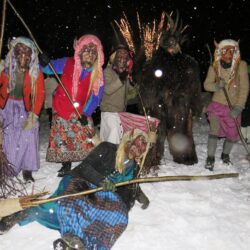 Beware of the cunning/funny witches 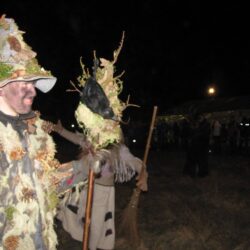 The moss mandl belongs to the wild figures . . . 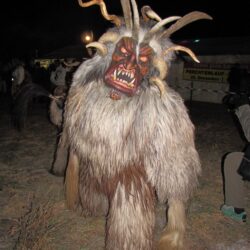 The Percht includes a variety of mystical nature figures, which vary from region to region. So there are in some places the Habergeiß, Schnabelperchten, witches or moss and cone almonds. They all have their duties and carry them out conscientiously.

These and many other figures can be seen at various Perchten parades, which are now held in the region. On December 30, the popular Perchtenlauf from the Kesselpass Lammertal has been held in Lungötz for several years now. The individual groups are presented on a snow ramp and then mingle with the people. But don‚t worry – the shaggy creatures don‚t strike. Let yourself be brushed over the clothes, this promises good luck in the new year. Well, maybe you should warn about the witches, because some carry soot with them and it can happen that you have a few black lines on your face. But this gesture has a lot of positives and many wear the marks with pride on this evening. 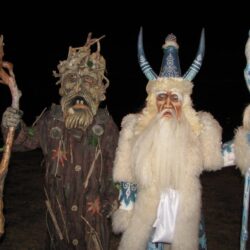 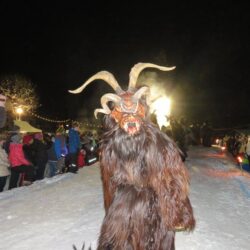 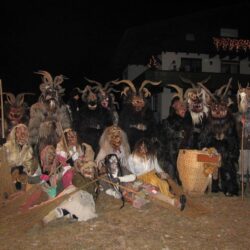 The Perchten wish good luck for the new year

Holidays in the Salzburg mountains

When the “wild hunt” is over, the holy three kings will pass through Annaberg-Lungötz on January 5th in splendid robes at the end of the Christmas days. The special thing about it is that the musical kings have been riding horseback through the community for over 70 years, spreading happiness and peace with their beautiful ways.

That‚s how the new year starts. We sincerely wish you a happy and peaceful year 2023. Or as the Percht proclaims: An Fried, an Reim, an G ́sund (Peace, luck and health)

Maybe I‚ll see you in Annaberg-Lungötz? Because even after the turn of the year with a lot of customs you can experience a lot here. Whether active or relaxed, we warmly welcome you in winter and summer for a wonderful holiday in the Salzburg mountains! 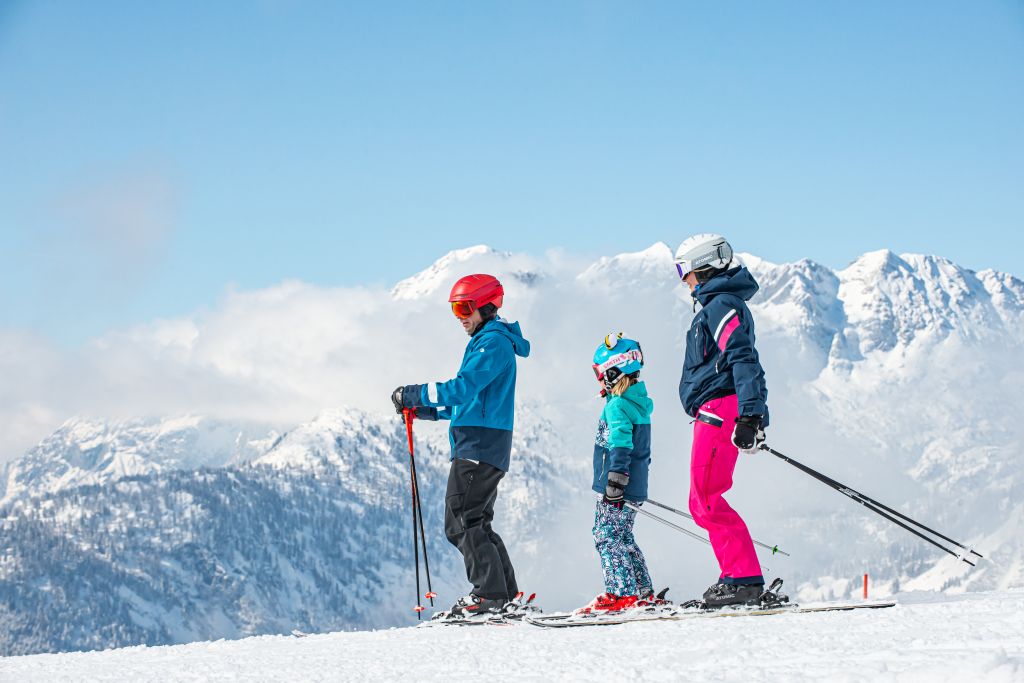